Damon Bowlby Named Driver of the Month at the “Elite” Fleet

“The people I work with at National Carriers are great and I enjoy driving my truck with an automatic transmission due to the elimination of fatigue on my legs. Being able to train new students allows me the chance to give back to the industry,” December 2015 Driver of the Month, Damon Bowlby shared. 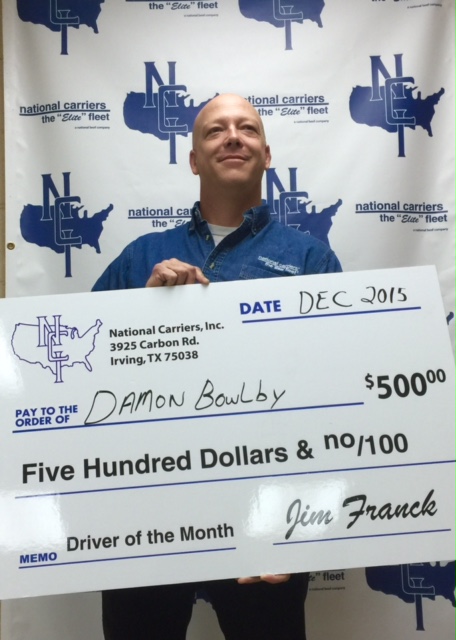 National Carriers, Inc. has named Damon Bowlby as Driver of the Month for December 2015. He is a resident of Florida. Bowlby began driving for National Carriers in May of 2014. He operates a company truck in the NCI 48 state refrigerated division and is a designated trainer for the “Elite” Fleet.

National Carriers spokesperson, Ed Kentner stated, “Damon has an outstanding safety record and always has a positive attitude with a professional appearance. These qualities combined with his exceptional customer service elevated Damon to the top of the nomination list.” 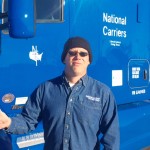