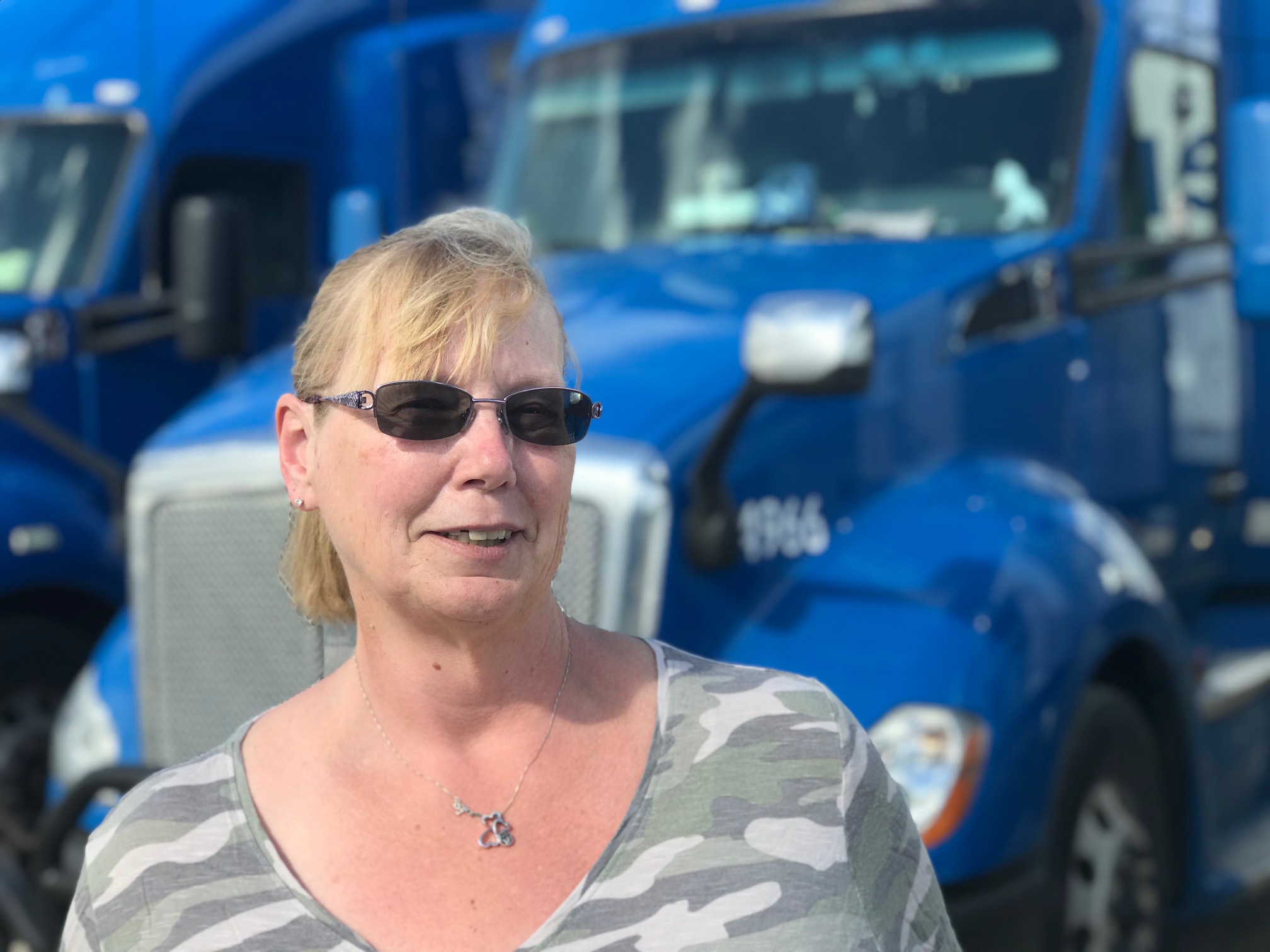 Debra spent ten years in a factory where she developed carpal tunnel syndrome. She retrained to transcribe medical records but found it stressful. Riding in the family camper as a child she enjoyed watching trucks on the road, however, she never dreamed of driving one. While visiting with a friend concerning her displeasure with her medical job, the friend suggested she consider studying to earn a Commercial Driver’s License.

“I left the company I was with because they would no longer allow me to carry both my small dogs on the truck. They told me to get rid of one. Instead, I got rid of them and called National Carriers. My recruiter said they would welcome both me and my dogs to the “Elite” Fleet,” she exclaimed.

Debra grew up with a good work ethic and feels NCI stands behind their drivers. As she began with NCI she had unexpected personal issues that needed to be resolved and the company stood with her. She has a solid relationship with her driver manager Debra Haley.

It was Haley who called Debra to notify her she was chosen as April Driver of the Month. Debra said the call came out of the blue and she never expected it. In fact, she said she was flabbergasted when she took the call. Representatives from operations, media, safety, driver relations, and compliance were on the congratulatory call.

Modestly Debra said, “I just do my job, fly under the radar, and do the best that I can. After the call, I just sat there shocked in disbelief.”