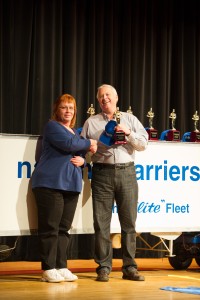 Most people don’t think about when they are going to die, but former NCI driver of the Month Brook Welch does. She has a 20 year plan.

“I am very humbled by what has happened in the past month. I am VERY appreciative of National Carriers, what they have done for and continue to do for me. I have some uninvited critters in my brain that need swept out. I have been diagnosed with Oligodendroglioma. I have five slow-growing cancerous spots in my brain. I begin treatment next week. I look at the spots as something that needs cleansed. The doctors are going to use Mr. Clean and Pledge to tidy up. Mr. Clean is my chosen name for my radiation treatments and I am calling my chemotherapy sessions, Pledge. I want to stay positive and retain my sense of humor. Some things are out of our control, but I have a twenty year plan for my life. God and I are going to fight through this,” emphasized Brook. 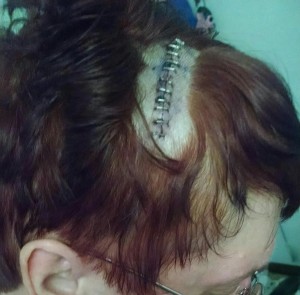 Brook began  driving  a company truck for NCI in 2011. By June of 2013 she had established herself as one of the safest, most dependable drivers in the fleet. Her driver manager, Jeff Chance, nominated her as a driver of the month candidate. After going through the selection committee’s rigorous screening process, she was awarded the prestigious recognition.

“Brook and I have always worked well together. It has always been very important to her to be safe and on-time with her deliveries. That morning in August we had visited earlier and everything seemed normal. When she didn’t arrive at her receiver at her appointment time I knew something was wrong,” shared Chance.

“Due to a lingering  infection from dental work I had a CAT scan in March. Everything checked out as normal. During the morning Jeff refers to, I remember feeling ill and felt I had food poisoning. My memory is very cloudy concerning who I spoke with and what happened. I now know I was involved in an accident, but I don’t remember anything.

Safety Director Jill Maschmeier received a call from the authorities reporting Brook had been in an accident. At first the officer thought Brook had suffered a Grand Mal Seizure as she lost consciousness in the ambulance on the way to the hospital. Her dog, Baby Girl, was taken to a secure facility to be cared for. Meanwhile, with the assistance of NCI, the authorities contacted Brook’s son who travelled to Texas to transport his mother home to Missouri. 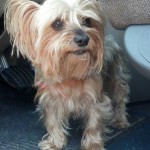 “Al Love and Jill Maschmeier were there for me in my greatest time of need. They went above and beyond to make sure I had everything I needed. My son’s contact information had changed and they still were able to find him quickly. I have been treated with love and respect and NCI has stood beside me every step of the way. The tumors are in my frontal lobe which affects my speech and memory. I write everything down on post-it notes to help remember. Everyone at NCI has been patient and understanding. It has been a blessing to have company insurance to cover the cost of my treatment. No one knows how important insurance is until you need it. Jill has been instrumental in making sure my coverage continues. I feel valued and not discarded. I also want to remind everyone to keep their emergency contact information current. A quick note over the Blue Tree will get it updated. 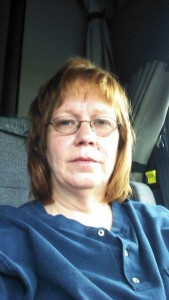 UPDATE:  On October 5th Brook began the first of 30 daily treatments. NCI began a collection of CRAZY HATS on her behalf and at her request.  Hats can be dropped off at the safety offices in Liberal or Irving.