NCI Finalists in Citizen of the Year Contest

Known as the “Elite” Fleet since 1968, National Carriers has been the home of some of the most outstanding drivers in the transportation industry. This fall, NCI independent owner operators, Buddy Haston and Steve Danielson, were named as finalists for the TA/Petro Citizen Driver Award for 2017. 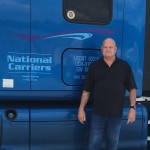 Steve Danielson stated,  “My wife entered my name into the contest last year. Several people wrote letters of recommendation on my behalf including a letter from the president of National Carriers, Jim Franck. I did not know what to expect. I filled out the paperwork they required and took a “wait and see” approach. I reached the semifinals last year. I was once again nominated this year. I was excited to learn I had reached the finals. Last year’s experience helped me better understand the criteria that the judges look for. This year I have reached the one million safe driving miles plateau with NCI, as well as being named driver of the month in May. These honors combined with the project I am involved in, working with at-risk kids in my community, has been recognized by the selection committee                  .

Buddy Haston was also nominated for the 2016 Citizen Driver competition. After extensive review by the judges, he was recognized as a top 20 finalist at last year’s award banquet held in Louisville, KY. 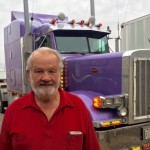 “NCI social media director, Ed Kentner, asked if he could nominate me for consideration for the 2017 competition. Even though the process is tedious, I agreed to fill out the required paperwork. I appreciate how far I advanced last year, and I am grateful to have made the top twenty contestants once again. At 77 years old, it would be unbelievable to win and have my name on one of the TA/Petro truck stops,” exclaimed Buddy.

According to the official Citizen Driver website, a nominee must be an over-the-road professional truck driver who is currently employed and driving at the time of the nomination and a legal resident of the United States or Canada (excluding Quebec) who is a registered member of the UltraONE® or UltraONE® Expediter Driver Rewards Club Programs (each, a “Program”). 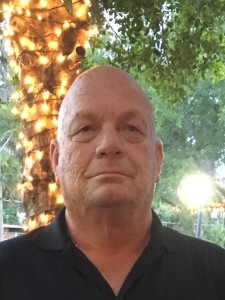 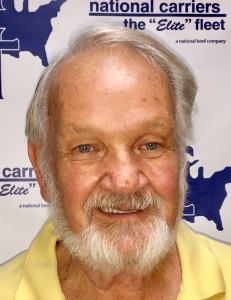