Texan named Driver of the Month:

Driver of the Month for May of 2018 at National Carriers, Inc. is company driver, Tommy McMahon. He lives in Jasper, Texas and operates a company truck throughout the lower 48 states. McMahon began working at National Carriers in January of 2010. For his accomplishment, he received a bonus of $1000 and is now a finalist for NCI Driver of the Year, which includes a bonus of $10,000. 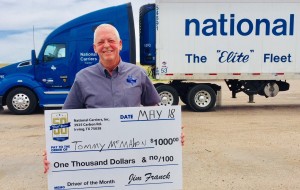 “In December of 2009 the company I had worked for eight years closed their doors, leaving drivers stranded all over the country. NCI called me before I had a chance to look for another job. They were looking for people that were not job hoppers, who wanted stability, and wanted to work. In a matter of days I was in Irving, TX attending orientation. I’ve stayed NCI because of the family atmosphere. I feel like I belong here, I’m not just a driver.” McMahon shared.

National Carriers spokesman Ed Kentner stated, “Whether the subject is safe driving habits, on time deliveries, truck maintenance, or customer service, Tommy McMahon, is a leader in each area. From the first day he attended orientation through today he had made himself an invaluable contributor to National Carriers continued success.”

McMahon said earnestly, “I haven’t any hesitation to walk into the president’s office and visit. He treats me as a human being not just as a driver. He cares what is going on with me, my business, and my equipment. Customer service, dispatch, the shop, safety, and driver services all have an open door policy. Even our settlement department is excellent in communicating with our drivers. I don’t worry about my payroll, because I know it is done right. If I send in the right information I will get the right paycheck each week. I receive an email on Wednesday stating what my deposit will be. Friday, when I wake up, I can check my account and it will be there.” 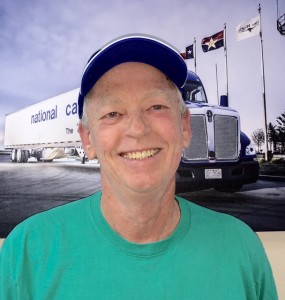