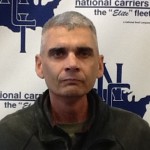 I am an American Soldier who gladly served 20 years in the Army and participated in five combat tours. I am not writing my experience to educate my brothers and sisters in arms who received life changing injuries down range because they already understand the loneliness, shame, and anger you feel when you dedicate such a big portion of your life in defense of this country only to have America turn their back on us when we needed it. I am writing this article to try and help the rest of the country understand just how amazing it is when a company for once not only says they support disabled veterans but actually goes out of their way to ensure America’s Wounded Warriors are not forgotten.

There are a lot of company’s out there that claim to support disabled veterans, but very few can compete with the “Elite Fleet,” known as National Carriers. I don’t have a lot of statistics to show you, and no I’m not any one you would give a second look at on the street. I am just a soldier who had my life changed forever in the blink of an eye and found myself alone with a country that turned its back on me when, after five combat tours, I was no longer able to take the fight to anyone who had the nerve to try and destroy our way of life. Then when I wasn’t sure if I was going to survive and even if I did I knew my career in the military was over, and out of the dozens of companies that slammed the door in my face it put me in a serious black hole emotionally and after twenty years of service I truly felt helpless, scared, and angry because after all the sacrifices me and my family made in defense of this country, I was no longer fit to be a productive part of society. I felt like I was about to become a statistic, then I talked to Ed Kentner from National Carriers and my life changed forever and he showed me that there are still companies out there that are willing to support disabled veteran not because it is the “politically correct” thing to say but because it is the right thing to do

I served for twenty years and five combat tours and in early 2012 I was in Iraq fighting several insurgent groups in order to defend our nation’s freedom and ensure of way of life continues. While on a combat near the Iraqi capital Baghdad my unit found itself in an intense battle with an Al Qaida in Iraq and I was hit with several gunshot wounds and grenade explosions resulting in life threatening injuries. For the next couple of years my life was turned upside down. There was a distinct possibility that I would never fully recover and I had to face the fact that my career was over. During my recovery it seemed like I had every stressor you could imagine. My whole life changed and I did not know what I was going to be able to do and I had no idea who would hire someone with the injuries I had. I mean they had to take part of my neck, I had very severe PTSD, my eye was blown out of the socket (the doctors were able to save it); I took shrapnel throughout my body. It was by far the most stressful time in my life, and I and my family felt like everyone was turning their back on me. Then just when we needed it the most National Carriers stepped in and everything changed.

There are no words that can describe the feeling I had knowing that all I had to do was concentrate on recovering from my wounds and I had a job waiting for me when I was medically discharged from the Army. To further show just how special National Carriers is as a company and how much the people who work there truly care about being there for the wounded warriors who are willing to give their life in defense of this great country, after two years of recovery and with the military about to discharge me. I talked to Mr. Kentner to see if National Carriers stills feel the same, and Mr. Kentner just said “just let me know when you can start.” Are you kidding me? When every other company turned their back on this disabled veteran, National Carriers held a job for me for over two years.

Look, I know I am not a great writer, and most Americans will never be able to comprehend just how hard it is to nearly give your life in defense of this great nation only to have the people we fought so hard to defend claim to support disabled veterans and then shut the door in your face. I just hope that when people read this they try to comprehend just how special a company has to be, not only to say they are here for you when you are healing from your injuries but to hold the job for two years and when I called them without hesitation they eagerly restated their commitment to help this disabled veteran transfer from the military to a successful career with a company that truly cares and earns their reputation as the “Elite Fleet.”