In 1968 National Beef Packing Company made the decision to start a motor carrier subsidiary to provide reliable refrigerated transportation from southwest Kansas to fresh meat markets on the east coast of the United States. National Carriers, Inc. of Liberal, Kansas, was incorporated in the state of Kansas in June of 1968, beginning with three trucks and trailers leased from individual owner/operators. As the NBP business grew, NCI found itself in 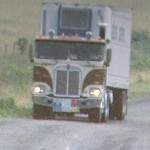 without motor carrier authority to solicit customers with freight moving to western Kansas. Contract Carrier’s applications were filed with the Interstate Commerce Commission and granted. Warner Lambert Co., ITT Grinnell, and North American Phillips Lighting Corporation provided the beginning nucleus for return freight. In 1974, NCI elected to file for common carrier status to continue to build its business. Between 1974 and 1982 over 544 applications for additional operating authority were filed on behalf of NCI. The early history of National Carriers, Inc. is quite rich with details.

Many currently in trucking were not involved during the regulated period that began in 1930’s and ended in 1980. The following is an excerpt from the Senate Congressional Record – dated June 21, 1979.  A copy is held in the National Carriers, Inc., archives records the state of trucking at that time. The following italicized information is a message from then President Jimmy Carter to the US Senate.

“The ICC , not the trucking company, determines what cities and towns a company may serve. The ICC decides in detail what commodities the carrier may haul-and whether any commodities can be carried on the return trip. The ICC, not the trucking company often decides the actual highways the trucker must use, whether stops may be made to serve points along the way, and whether the trucker may take the most direct route to its destination.”

In 2014’s highly competitive transportation industry it is almost unbelievable that our government would mandate where and how companies could operate, what could be hauled and which route must be travel. The ICC could determine if trucks could stop along their route to pick up additional freight to increase a companies’ efficiency and profitability. 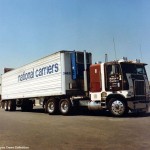 “Circuitous Routings. In some instances, carriers are required to take an indirect route to travel through a designated “gateway city” to reach their destination. For example:  Denver, Colorado and Albuquerque, New Mexico, are connected by Interstate 25, a distance of 442 miles. Garrett Freight Lines is permitted to haul freight from Denver to Albuquerque- but only if it goes by way of Salt Lake City, a distance of 730 miles.”

The determined, conservative and aggressive growth pattern that began in June of 1968 continues today. National Carriers is an irregular route common carrier transporting general commodities throughout the 48 continental United States. NCI continues to operate under the authority issued by the ICC to serve the shipping public as both a common and contract carrier as well as having the right to operate as a Motor Freight Broker of General Commodities. 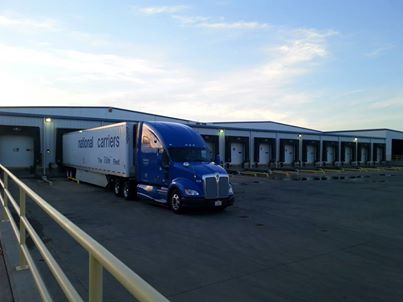