The “Elite” Fleet Names Outstanding Team as Drivers of the Month 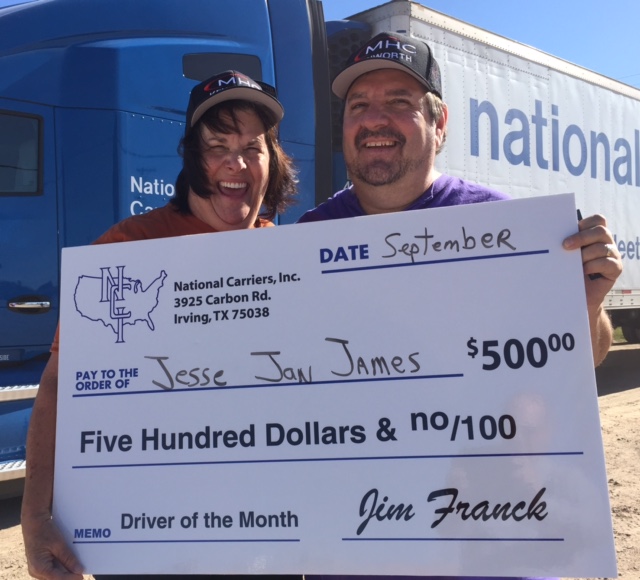 National Carriers, Inc. has named team drivers Jesse and Jan James as Drivers of the Month for September 2015. They are residents of West Pueblo, CO. They have driven as a team for over 10 years, the last 3 1/2  while working for National Carriers. Together they operate a company truck in the NCI 48 State refrigerated division.

“Janice and Jesse James do an outstanding job for National Carriers, when out on the road. They take care of business by delivering their freight in good order and on time.  When they have a little extra time on a load they spend that time encouraging the NCI operations department to keep them moving.  We appreciate what Janice and Jesse do for NCI and congratulate them on being named September Driver of the Month,” said Loren Bridge, Vice President of Operations and Sales. 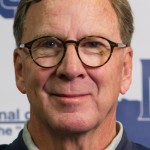 In response to being named drivers of the month Jan spoke on behalf of the couple, “We were shocked when notified we’d been chosen. Every day we do our job and we love our job. Together with the load planners and dispatchers our NCI family executes as a team. We are thankful for this recognition.”

Jesse added, “NCI has always treated us right, they keep us rolling. We normally pull beef out of the Dodge City or Liberal, KS plants into NYC. From there we get a load of chocolate going from New Jersey to Texas. Then they head us back to Kansas.”

He smiles as he recalls his orientation in February of 2013. During orientation he had requested no New York City deliveries. The load planner did not see his request and their first load assignment was to the Bronx. 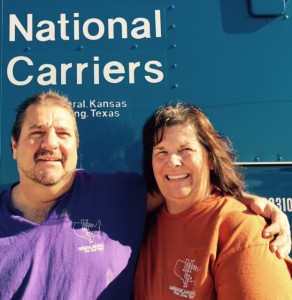 “I had never delivered to New York City and was scared to go. I didn’t want to turn our first load down coming out of orientation, so we accepted it. It was no big deal. Now we go there all the time,” he explained.