National Carriers, Inc. has recently awarded Phil Nix with a Three Million Mile Safe Driving Award. Robert Mallard has been recognized with a One Million Mile Safe Driving Award. Each driver has driven safely without accident or incident during their respective distances at National Carriers. The recipients received an embossed plague, embroidered hat and a personalized embroidered winter jacket during their recognition. Nix has been an owner operator at National Carriers since 1990. He works within the NCI Livestock Division, is a resident of Kansas and was named the 2013 Driver of the Year. Livestock Division Director, Jason Greer, made the presentation on behalf of the company.

Mallard owns and operates his truck on the Southwest Regional Division at National Carriers. He recently completed one million accident free miles and stated, “I have worked very hard to achieve this accomplishment.” Mallard is a resident of North Carolina and is known for his quick wit. Compliance Manager, Heather Wright, made the presentation on behalf of the National Carriers Safety and Compliance Department. 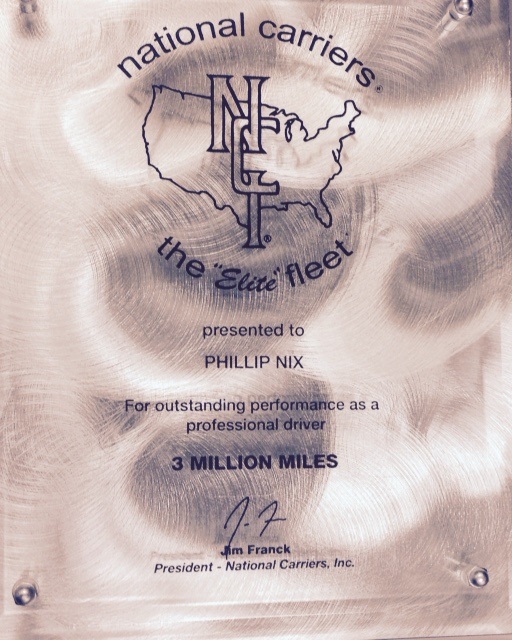